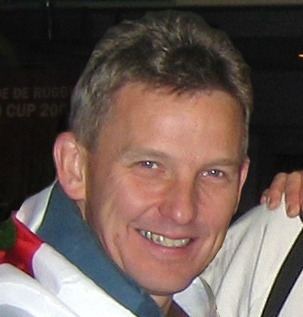 Dr McCurdie qualified from King’s College Hospital, London in 1983 and joined the British Army where he trained in General Practice and worked in primary care for five years. After completing a Diploma in Sports Medicine in 1991 he decided to retrain as a Consultant in Rheumatology & Rehabilitation in order to pursue his interest in Sport & Exercise Medicine (SEM). Following a further six years of specialist training, he moved to the Defence Medical Rehabilitation Centre at Headley Court, where he worked as a Consultant specialising in the rehabilitation of sports & training injuries among Armed Forces personnel. Since leaving the Army in 2006, he has continued to work in SEM & Rehabilitation in a number of different settings.

Dr McCurdie has worked in high performance sport for several years. He led the medical support for Team GB as their Chief Medical Officer at the London 2012 Olympic Games, as well as being the CMO for Team GB at the Beijing Olympic Games in 2008 and the Vancouver Winter Olympic Games in 2010. He has also been a doctor with Team GB at 2 further Olympic Games (Sydney in 2000 & Athens in 2004) and with Team England at the Commonwealth Games in Manchester and in Melbourne. He was the Medical Officer to the British Modern Pentathlon Association for 7 years, a member of the Chelsea FC medical team for 3 seasons and sports physician to The Royal Ballet School for 10 years. Dr McCurdie's experience in professional tennis includes being a member of the players' medical team for the Wimbledon Tennis Championships for 12 years and the ATP World Tour Finals for 9 years and medical officer to the British Davis Cup tennis team.

In 2015 Dr McCurdie returned to Headley Court as a Consultant in Sport, Exercise & Rehabilitation Medicine where he led a multi-disciplinary rehabilitation team caring for Service personnel who had suffered lower limb injuries. Prior to the covid-19 pandemic, he also worked for 11 years with a multi-disciplinary team delivering specialist SEM services on-site for a major global investment bank.

Dr McCurdie’s clinical experience reflects his training in General Practice, Rheumatology, Rehabilitation and SEM and his work within the NHS, the military and high performance sport. His interests include the management and rehabilitation of exercise related injury and the effective use of multi-disciplinary teams. He believes that this can only be achieved through accurate diagnosis and comprehensive treatment planning, with coordinated input from other therapists and the use of exercise-based rehabilitation programmes.

Away from work Dr McCurdie enjoys photography & art (and one day hopes to be able to take it more seriously).